“Fill the brain with high thoughts, highest ideals, place them day and night before you, and out of that will come Great work” - Swami Vivekananda. 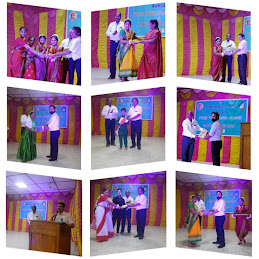 & M Andaman. . All the participants were very enthusiastic to perform for Swamiji Jayanti and our teachers helped everybody get ready in time. The Chief Guest was 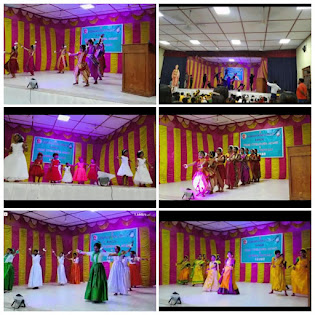 Shri . Aditya Kumar Asthana , Danics, Assistant Commissioner, N & M Andaman and the Guest of Honour was Dr. Suryakant Singh, Medical  Officer, Ayurveda, CHC, Rangat & Chairperson of SMC of our school. Parents of all the students were also invited on this auspicious day. The auditorium was completely decorated with lights and flowers. The Principal & senior teachers along with few students welcomed the Chief Guest & Guest of Honour at 4 pm. The program was inaugurated by lighting of  the lamp  by the lamp Chief Guest. Simultaneously, the Principal & senior-most teachers also lit the lamp. The cultural program began with school prayer. The Principal, Shri. CH. Shanmuga  Rao delivered welcome address and presented momentum to the Chief Guest and Guest of honour. After that a beautiful welcome dance was presented by our children. Our Chief Guest gave a big applause and presented a speech on the importance of celebrating  Swamiji Jayanti. After that, one by one, the students of different classes performed various programs. Students from all classes participated in these programs. In between ,The Principal  along with our Chief Guest , handed the prizes and certificates to students who actively participated and won in the various events conducted in our school such as Ganesh idol making, Rakhi making, Gita Jayanti, celebration  of Samarth Bharat Parv  etc. The children of junior wing performed beautiful group dances. After that, a group of students from class VII also played a little dramatic dance based on the theme of Independence of the country. Mime based on "Side Effects of using mobile phone"  presented by class VIII students was applauded by everyone in the hall.  After that, various programs like Cultural dances, dramatic dance based on the theme Jhansi Ki Rani – Manikarnika  & Skit based on Life Incident Of Swami Vivekananda also gained a big applause by everybody .  Vote of thanks was given by our school Librarian Shri . V. Senthil Kumar. Finally,  the Principal, Shri CH.Shanmuga Rao   thanked everyone . The program was hosted by Miss Suparna Tikader (Teacher),Adarsh Kumar Das & M.Nandhini(students of  C-X).The program was  concluded with "Shanti Path"
at 20:12

ARISE AWAKE AND STOP NOT TILL THE GOAL IS REACHED