2nd September 1970 India and the world saw the Birth & inauguration of a living memorial by a truly national effort- a unique symbol of unity and purity.

Vivekananda Rock Memorial was inaugurated on 2 September, 1970, and dedicated to the nation by V V Giri, the President of India. There can be no doubt whatsoever that without the catalytic and stellar role of Mananeya Eknath Ranade Ji, this grand national monument could never have been completed in such a record time.

It’s not just a piece of Rock, but were the Vishwaguru Swami Vivekananda Ji meditated about India’s past, present and future for three days on 25, 26, and 27 December 1892 and discovered the real mission of life. The Spiritual power of the Rock, the footprints of Bharatmata, the Parashakti drew Swami ji to KanyaKumari. 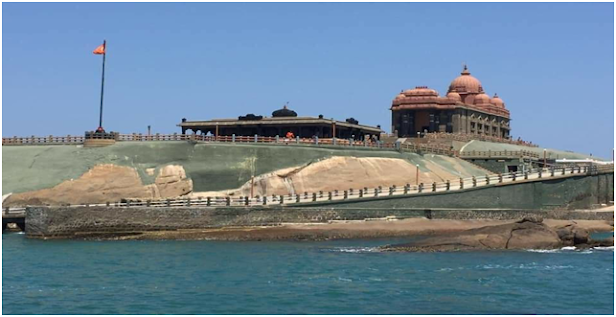 It is a symbol of unity because the whole nation wished, worked and contributed for it.

ARISE AWAKE AND STOP NOT TILL THE GOAL IS REACHED